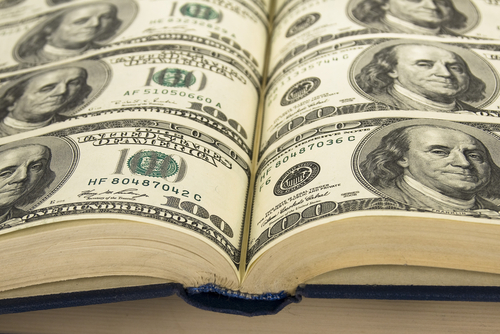 Nonprofit Colleges Online is, at least in part, a website that was created in the wake of much bad publicity that came to surround online education due to the exploitative and fraudulent practices of some for-profit colleges and universities which came to light after a series of investigations in 2010. These scandals, which brought much attention and scrutiny onto the nations fastest growing educational sector are now well known and documented and implicated many of the largest and well known for-profit institutions.

Though only a handful of schools that came under investigation were found engaging in fraudulent practices, all 15 schools were found to make “deceptive or otherwise questionable statements” during recruitment interviews. This raises serious questions, not simply about individual institutions, but about the entire sector of profit-driven education. Can any for-profit college or university be trusted to truly put the needs of its students ahead of the profits of its shareholders?

It is true, based on the 2010 investigations, we cannot really know how widespread these kinds of practices are within the profit-driven education sector; however, a quick look at some basic publicly-available data can provide us with a simple way to assess how these institutions line up with their private-nonprofit and public counterparts. The most obvious piece of data to examine would be the net cost of attendance. The Website For Profit U claims that an associates degree awarded at a for-profit college may cost up to four times as much than a similar degree awarded at a comparable public university located in the same region, and bachelor’s degrees cost up to 20% more at for-profit colleges.

Supporters of the for-profit education sector are sure to make the argument that though degrees from for-profit institutions cost the student more, they make up for that differential in costing taxpayers less. This is only partially true. As this study shows by comparing data from the National Center for Education Statistics (NCES.ed.gov) taxpayer costs for an associate degree are almost $4,000 higher per student in the public sector than the for-profit sector. However, the statistics also suggest that the combined costs (student and taxpayer) are approximately $16,000 per student lower at community colleges compared to their for-profit counterparts. This means, on average an associate level degree at for-profit college will cost the student $20,000 more than the same degree earned at a community college. Though on average, still higher than the costs of public colleges and universities, private-nonprofits also cost much less than their for-profit counterparts.

The higher costs associated with for-profit colleges may be justifiable if the degrees earned translated to higher earnings; however, students at for-profit institutions default on their loans at rates staggeringly higher than those of public and private-nonprofit colleges and universities. According to For Profit U, 1 in 5 students (22.7%) from for-profit colleges default on their loans within 3 years of repayment. That is compared to 7.5% of students from private non-profit colleges and 11% of students from public institutions. This statistic could suggest a number of things: perhaps graduates could not find meaningful employment after graduation, or maybe the program didn’t lead to employment that would generate the kind of income the student was promised. Perhaps the higher tuition and fees simply caused the student to take on too great a debt to be reasonably repaid. A number of factors could contribute to this statistic, but one thing is for sure, having substantially higher default rates coupled with substantially higher net costs means the higher cost is not providing greater return on the student’s investment in their education.

Lastly, by looking at a college’s graduation rates we can get a sense of how invested the school is in providing support to students and ensuring their completion of the programs they enroll in. According to For Profit U, 54% of bachelor’s degree seeking students and 63% of associate degree students enrolled in programs at for-profit companies between 2008 and 2009 left the school with no degree by 2010. When considering that these for-profit colleges spend substantially more on advertising and recruitment and even net more profits for their shareholders than they spend on instruction and support for their students, it is no wonder that such a large portion of these students are unable to complete their degrees.

By looking at these three points of data: Net Price, Default Rate, and Graduation Rate as they compare to non-profit traditional schools and community colleges, it is clear that an underlying issue is at play in the for-profit sector.

Some Alternatives to For-Profit Schools: